When deciding on our new kitchen in 2017, I spent a lot of time looking at cookers and it got to the point where I decided that the kitchen needed to work around it. One model kept jumping out at me; the Rangemaster Classic 110 Gas.

The cooker is only a small part of the kitchen, I get that, but it’s the item that you’re going to use the most and I think should be the focal point. Or at least not degrade all the hard work that’s needed in any kitchen restoration.

Rangemaster is a brand that I’ve known for years. I’ve tested countless products previously, but none more so than the parents’ Rangemaster Elan. At the time, I didn’t have a clue about the brand or the model, and to be honest, I didn’t really care.

As my predicament grew larger it struck me that the cooker my parents owned had been running for over 20 years. This was exactly what our growing family needed and as my old man always says, “Buy cheap, buy twice”. Wise words, wise words indeed!

After doing not very much research at all on the Rangemaster Classic 110, I decided to commit financial suicide take the plunge and buy one. Almost a year later and I don’t regret it one bit!

The bevelled edges on the 4-section front are striking straight out of the box. We opted for the cream, with chrome trim, but it also comes in a cranberry and black colour as well, both delectable in their own unique way.

The design is one that looks like a weathered Aga, but somehow manages to bring it into the 21st century, possibly via their chrome handles. The fact that the two main ovens both have glass fronted doors is great, although checking how high your Yorkshire puddings are rising on the top shelf can prove tricky.

The stand is of a sturdy nature, but then weighing in at hefty 114kg, it really does need to be.

I’m admittedly a bit of dial snob, and if the dials aren’t up to scratch I often think the oven will likely be poor. It’s a high traffic area, so they need to be as good as can be. With the Classic they are made from chrome also, so none of that cheap plastic stuff here.

The cast iron grid on the top looks aggressive, but in a good way. It’s very heavy so removing it to clean can be tough and we’ve seen little wear, which has been great given how much we’ve used it.

With the 110 (cm) model you get 2 main ovens, both of which are at 61 litres in capacity and both of which are great to use. In fact, the symmetry of the two ovens was one of the biggest selling points, as it meant that you were able to trust the heat in both ovens. My big gripe with range cookers that have two (or three) different sized ovens is that no matter how accurate you think the temperature is, there will likely be a difference.

The sizes of them both are just right and you could comfortably cram the contents of two Sunday dinners in each of them, if you wanted of course.

The cooker also has a separate grill, which works well enough. It’s a little fiddly in moving the rack up and down though, and ours failed to come with a handle for the grill try, which is super annoying. It’s power rating of 2.73kw means it packs a punch though, so be careful with your Sunday morning bacon sandwich as it can get crispy, fast!

The cooker is 60.8cm deep, so it’s bang on to fit with most units and worktops. Bear in mind that you don’t want to pin it right to the wall though, so the splashback will protrude slightly.

I’m admittedly a bit of a gadget freak. I love my cameras, my tech and pretty much anything Apple makes. #fanboy

The Rangemaster Classic 110 comes packed with features, some better than others. The first to mention is the ‘handyrack’. It’s basically a rack that is attached to the doors. Sounds simple, but really, it’s genius. You simply easy the door open and your food pops out for you to take a look. No more burnt wrists carry the roast out with unsuitably small oven gloves. Win.

The liners are pretty hi-tech themselves. They are catalytic, which basically means that they are self-clean when the oven reaches a certain temperature. In this case 200c. The grease drips off into the tray at the bottom, which simply slides out.

The warming draw and the storage draw have been really useful to use as well. They aren’t the biggest, as the guys at Rangemaster have clearly upped the size of the main ovens and sacrificed the room in these two draws, which is totally fine by me. But, more than enough room to get the plates warm and store some flat pans or utensils in.

The top of the cooker comes with Rangemaster’s trademarked, Steadfast. This basically means that you pans stay fixed to the top and reduces wobble. I’ve never used this previously, by what a difference it makes, keeping pans fixated no matter how much or little they contain.

There’s little doubt that the Rangemaster is one of the best cookers on the market today. In fact, I said it was exactly this in my 5 best gas cookers for 2018 article.

But, for the best part of £2,000 it should be. Price aside, I can’t think of many other gas cookers that look and perform as well as this one. We’ve basically hammered it for over 12 months and it’s never skipped a beat. It looks as good as the day we bought it and fits right into our home, almost without thought.

There’s a good group of people who argue that Rangemaster is overpriced, but I think it offers terrific value for money. They’re a brand who’ve constantly been able to produce high quality products for over 200 (!!) years and I think the latest edition of the ‘Classic’ is going to be one of their most iconic. 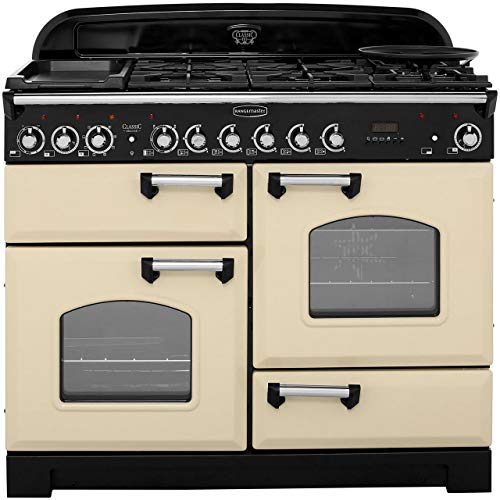 out of stock
BUY NOW
Amazon.co.uk 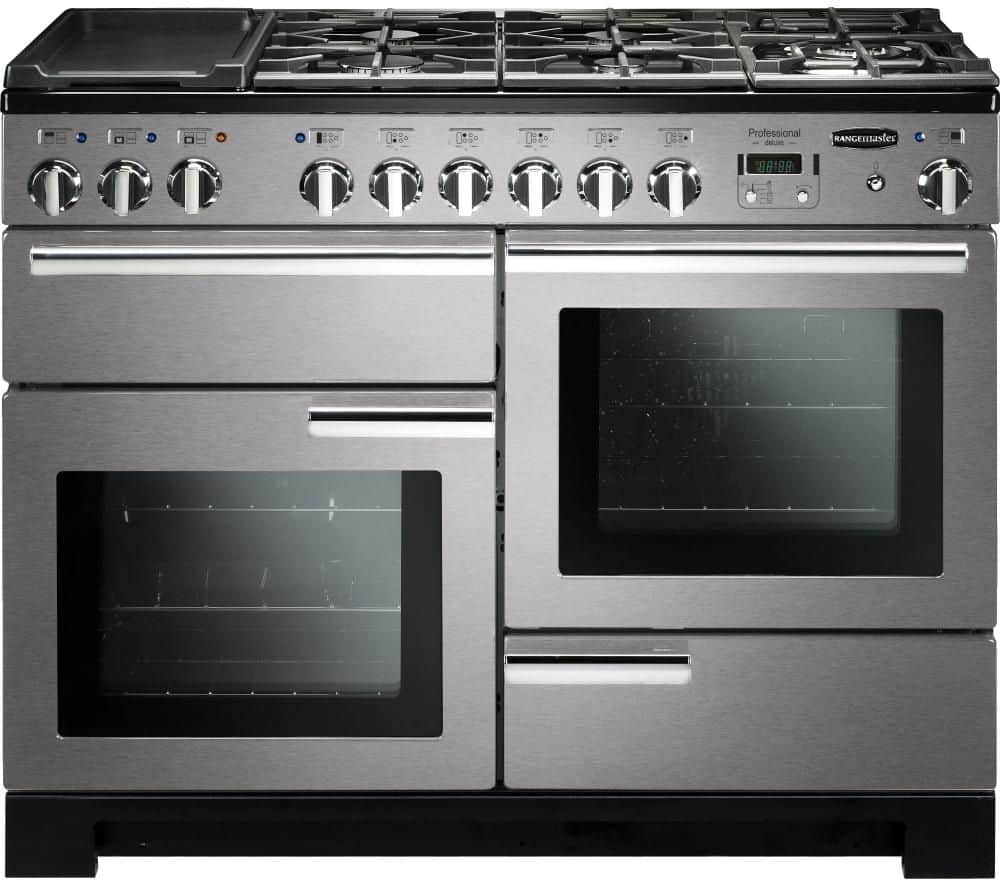 The Cooker Base team, Brenden and Tim. Together we research, debate and write up articles listing the highest rated cookers and kitchen appliances available in the UK.

Ranges are the most sought-after cooker style, they’re spacious, impressive to look at and offer numerous extra features. Unfortunately, they’re also the most expensive. While any range...

A gas range cooker offers you the ultimate in responsive, efficient cooking. They are often the first choice of professional chefs and ranges offer even more functionality than standard models. A...

Here at Cooker Base, we have been searching for the best cookers and kitchen appliances since 2017.

It all began with a kitchen renovation and a long, drawn out search to find the perfect cooker. Due to the lack of quality reviews the entire process took far too long. So, we took it upon ourselves to create a site that offered in-depth and independent advice for other potential consumers.

Now we analyse customer reviews, personally test small kitchen appliances and find the best prices at the most trusted online stores. All with the simple aim of ensuring your purchase provides value for many years to come.

When you buy through links on Cooker Base, we may earn an affiliate commission.